The concept of the Marvel Cinematic Universe (MCU) began as a simple idea, thrown in during the post-credits of the first movie, Iron Man. Nick Fury was addressing the audience as much as Tony Stark, when he uttered the words. ‘You’ve become part of a bigger universe. You just don’t know it yet.’

With the Infinity Saga – which includes the first twenty-two films of the MCU – drawing to a close with the release of Avengers: Endgame, here is my ranking of the multi-billion dollar franchise’s best movies so far.

Paul Rudd is just perfect as Ant-Man. Though the idea of an ant-sized superhero is quite ludicrous, the movie works because of its self-contained plot and drastically smaller scale. Despite the movie largely following Marvel’s origin story template, Ant-Man is a breath of fresh air in the MCU.

Despite claims of Black Panther transcending the superhero genre, the movie feels like a familiar Marvel origin story, albeit set in a vibrant, rich and imaginative realization of Wakanda.

Thanks to the collaboration between Marvel and Sony, Spiderman finally had his ‘homecoming’ in the MCU. Despite so many reboots, Spiderman: Homecoming still manages to feel fresh by steering clear of the origin story arc. The inspired casting of Tom Holland as a teenage Peter Parker and the injection of the charismatic Robert Downey Jr. make it a very enjoyable web-slinging ride.

7. Guardians of the Galaxy

Guardians of the Galaxy is a surprisingly heartful, funny, and amazing sci-fi adventure with a motley bunch of characters – ranging from a talking raccoon to a sentient tree – whom you just can’t help but love. This galaxy-spanning saga is another reminder that there are more ways to tell a superhero story.

Iron Man will always have a special place in my heart because this was the movie that started it all. Even after 10 years, Iron Man still remains one of the best Marvel movies ever. The movie’s blueprint for a superhero origin story has been adopted faithfully in so many MCU movies. Like Hugh Jackman, it seemed Robert Downey Jr. was born to play the role of Tony Stark.

After two lackluster solo outings, Thor finally strikes gold when Thor: Ragnarok embraces the inherent silliness of the character’s cosmic roots. With a dazzlingly colorful aesthetic and a brilliant ensemble cast, Ragnarok is an absolute laughter riot. The sight of a glowing Chris Hemsworth descending on the Bifrost battle to the rousing tune of Led Zeppelin’s Immigrant is probably my most favorite scene in the MCU. 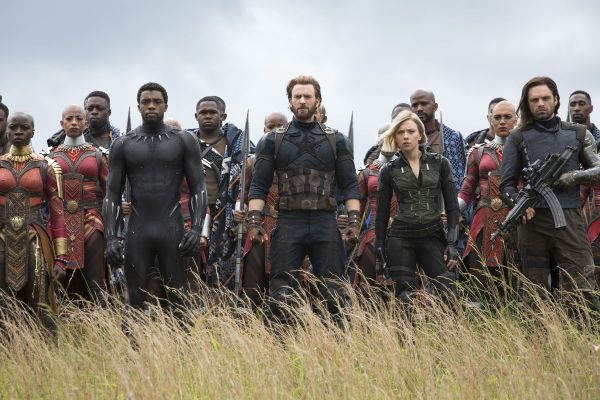 It was always going to be hard to cram every major MCU character (barring the ones from the TV shows, of course) in a single movie. But as was evident in their earlier MCU movies, the Russo brothers have a penchant for crossovers and Infinity War is no different as characters from different movies collide into each other in the best possible ways. Another big plus for the movie is Thanos, whose snap will go down movie folklore as one of the biggest wins for the bad guys since Empire Strikes Back.

The Winter Soldier is not a typical superhero movie. It’s intense, suspenseful, and ominous, as befitting a political espionage thriller. With a taut script and electrifying action sequences, this was the movie that made Captain America cool. The elevator fight scene leading to Cap’s escape from S.H.I.E.L.D. headquarters was quite simply spectacular.

The plotting of Civil War may not be as tight as Winter Soldier, but the airport scene when both camps of superheroes come to blows and throw barbed insults at each other is just pure comicbook bliss and makes up for any of the movie’s perceived flaws. In terms of superhero-vs-superhero action, this movie was everything that Batman v Superman wasn’t.

The original Avengers is still the gold standard of the Marvel Cinematic Universe, as Joss Whedon balances high-stakes action with Marvel’s trademark humor, while juggling such a wide variety of characters with impressive deftness. Thanks to Marvel’s organic world building, the character interactions work great and never feel forced.