Design a site like this with WordPress.com
Get started
Skip to content
Date: 2nd Mar 2019Author: The16thShard 2 Comments

As supplementary reading to the Season 2 recap, we count down some of the best moments from the season. While this is probably the least action-packed of all seasons, it has several memorable character interactions and one BIG EXPLOSION.

Tyrion is often declared as the “most quotable” character in Game of Thrones and this season is no exception. Any conversation between Tyrion and Cersei, Varys or Bronn could be drawn at random and put on this list and no one would complain. In fact, Peter Dinklage makes a fine case for being the MVP of the season.

Melisandre gives birth to a demonic shadow baby in a secret cave to assassinate Renly. This is a creepy scene, even by Game of Thrones standards. 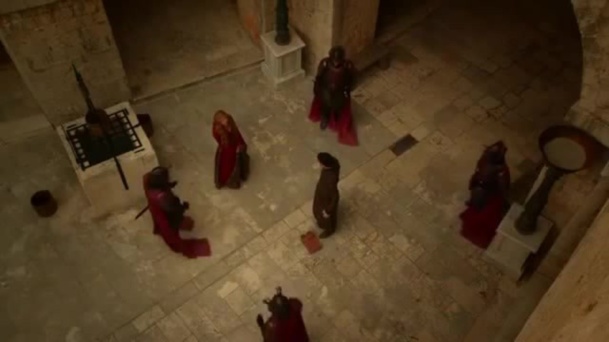 Littlefinger makes the mistake of taunting Cersei and finds himself with a blade on his neck and on the receiving end of a lesson from Cersei on what power is. Power is not knowledge, it’s not force times velocity. Power is power.

7. Sansa and the Hound

Another character interaction makes it into our list, and it’s not the last. The Hound, who spends much of the season keeping Sansa safe, offers her a Uber ride to Winterfell after giving the middle finger to Joffrey at the Battle of Blackwater Bay. The irony of Sandor Clegane, who is the furthest from a knight in shining armor, taking care of the damsel in distress, is quite beautiful. 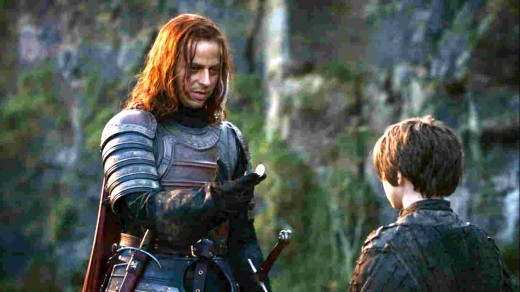 Jaqen H’ghar, whom Arya saved from being burned alive, offers her three death wishes. After honoring the pact in a manner Jason Bourne would have been proud of, he gives her a Braavosi coin. Valar Morghulis!

Dany has her “Dracarys” moment, not that one, but a lowkey affair at the House of the Undying where her baby dragons set the warlock Pyat Pree on fire.

Tyrion hatches an elaborate scheme to find the snitch amongst Pycelle, Varys, and Littlefinger by telling them three versions of the same plan: To marry off Myrcella to strengthen their relationships with one of the Great Houses. He also warns them that “Cersei mustn’t know.” Varys’ response deserves a special mention. “Ooh. I love conversations that begin this way.”

The snitch turns out to be Pycelle, who sputters and mumbles his innocence. But when Shagga threatens to cut-off-his-manhood-and-feed-it-to-the-goatsTM, he comes clean.

Sam and some members of the Nights Watch are on a gallant expedition beyond the Wall (*cough* collecting feces) when they hear a blast. One of their members is returning? Jon perhaps?

And then, a third blast, a signal that has not been sounded for thousands of years. White Walkers!

Arya serving as cupbearer for Tywin at Harrenhal offers some of the finest moments of the season. Their lengthy conversations / verbal duels range from being frightening to hilarious to somewhat surprisingly touching as the two form a tentative bond despite being mortal enemies. 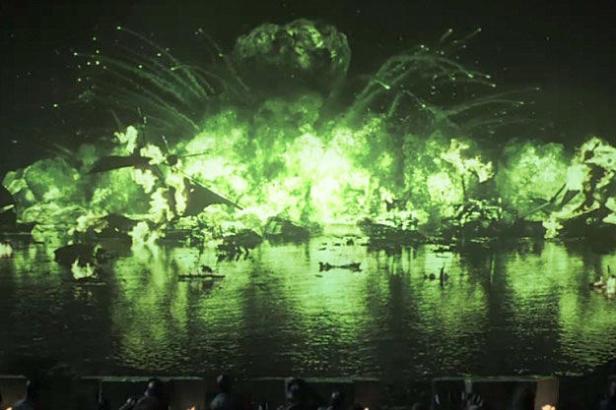 There are bigger battles in later seasons, but in terms of sheer spectacle, nothing comes close to the jaw-dropping wildfire explosion during the Battle of Blackwater Bay. With the mighty Baratheon fleet fast approaching, a single Lannister ship sets forth to meet the enemy ships. At a signal from Tyrion, Bronn launches a flaming arrow towards the lone ship carrying the wildfire, causing a HUGE EXPLOSION.

The battle is also memorable for Tyrion’s stirring speech as leads a desperate late charge. “Those are brave men knocking at our door. Let’s go kill them.”